Cryptocurrency has a huge gender problem. Over 75% of investors are men while 95% of currency founders are men. Despite this, as an up-and-coming financial tool, cryptocurrency has the potential to uproot the male monopoly over leadership positions in the finance sector.

Cryptocurrency is inherently rebellious. It was founded in an attempt to challenge traditional banking and proves the success of community-driven, decentralised finance. However, its upstart energy need not stop there, if cryptocurrency could tackle its own gender inequalities it has the potential to revolutionise the finance world for women. Quitriam Finance (QTM) is storming onto the scene as a presale coin, so what’s being done to even out the investor statistics on a new coin like this one?

Pussy Riot’s Nadya Tolokonnikova is hoping to utilise the community-focus of decentralised autonomous organisations in order to radically change the crypto (and specifically NFT) landscape. As DAOs are collectively owned and managed by their members, they create the perfect platform for collective movement and change. This is exactly what Tolokonnikova wants to achieve with her UnicornDAO.

Despite their revolutionary claims, the NFT industry accounts for only 5-15% of female-identifying artists’ work. Around $41 billion worth of cryptocurrency was associated with NFT sales in 2021, meaning that women are missing out on a huge proportion of potential wealth. Tolokonnikova’s UnicornDAO hopes to change that. With the aim of wealth redistribution, the UnicornDAO will invest in projects by female, non-binary, and LGBTQ+ artists.

Tolokonnikova’s UnicornDAO will be launched into the ‘Pussyverse’ built in Web3. She’s especially passionate about this project because of her ability ‘to use economic tools as [her] paints and brushes’. Interestingly, Tolokonnikova likens the ‘Pussyverse’ to her political group Pussy Riot, stating how UnicornDAO shares the same passion for equality, justice, and joy for underrepresented communities, highlighting cryptocurrency’s potential to ignite social change. As DAOs form a collective and passionate community, they can band together in support of a common cause. With a creator like Tolokonnikova, the future impact of UnicornDAO is exciting. 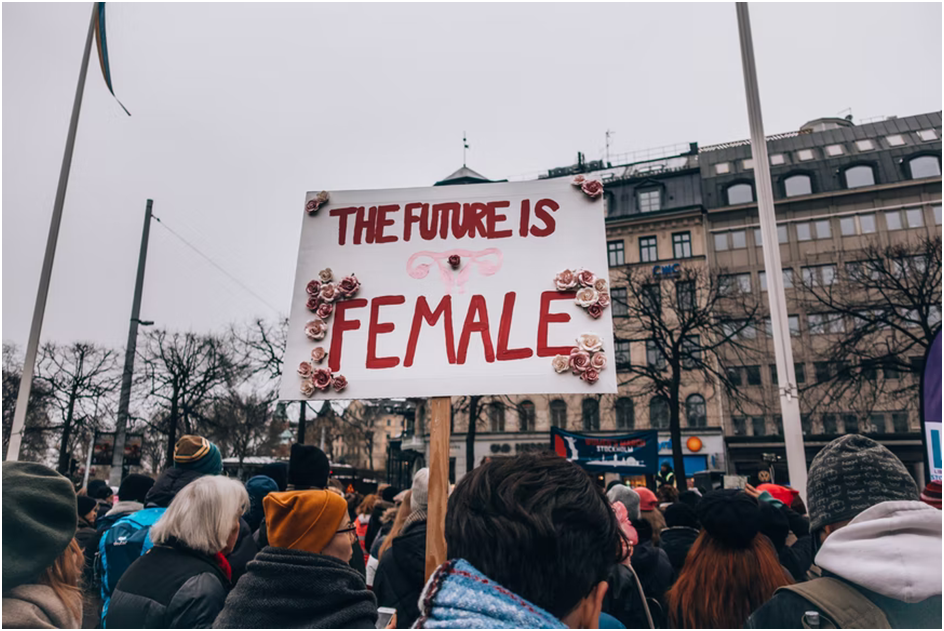 Cryptocurrency had a political impact in the past?

This isn’t the first time Tolokonnikova has used cryptocurrency to fight political causes. She helped launch UkraineDAO, a fundraising platform that raised an impressive $7 million within its first week of launch. This demonstrates the political power of cryptocurrency and its potential influence when used as a form of activism. Cryptocurrency is infamous for huge overnight gains and when this is utilised for socio-economic causes, like the UkraineDAO, we see the community impact of implementing crypto.

How could this affect presales like Quitriam Finance (QTM)?

Coins in their presale stage, like Quitriam Finance, could be directly impacted by Tolokonnikova’s movement. If more women are encouraged to invest, current presale coins might be the first to see the influence of this in their sales. By making the space less male-centric projects like the Pussyverse will hopefully attract more women to crypto. As a result, we might start to see a less staggering gender difference in investor statistics for up-and-coming coins like Quitriam Finance (QTM).