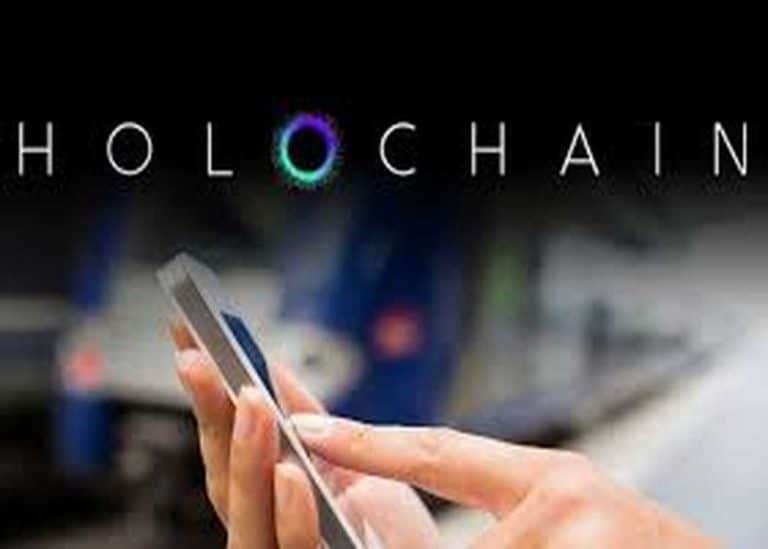 Holochain is a credit device that is not financial and is internal. It allows the device owner to share their hosting space with several other people to use their application successfully. A vital benefit of the Holochain framework is that every device connected to the network gets a personal and safe register that allows them to operate independently. Read Cryptopolotan’s report on Holochain price prediction from 2022 to 2030 below.

Before the launch of the Mainnet, Holochain operated through the network of Ethereum, and the HOT currency was estimated at ERC-20 tokens. But now, one can create several decentralized applications in different languages with Holochain. Users can use JavaScript, HTML, or even Lisp.

Let’s see the potential of the Holochain network and why you may consider its HOT token for your portfolio.


This platform is entirely distinctive in its ways. This is seen in the fact that it doesn’t use the standard technologies but branches out to use the DHT algorithm. With this advanced algorithm, the Holochain network becomes far more scalable than is expected.

When transactions are carried out between two network users, there is no need for approval to be taken from those on the network or a reason for the blockchain to receive a record of the transaction. The users of the holo network can form their chain and then carry out transactions inside of it.

Holochain technology can be used in different areas, making it an amazing and unique platform. It works perfectly on social media platforms and also joint applications.

Another excellent quality that this holo platform offers is the capacity to maintain a vast number of synchronized systems amongst network users. This can be seen in an instance when those in the network choose to award one of the users for a service they render to another member of the network.

The users of this holo network stay connected by using a P2P network and eliminating one central server. There is no data storage whatsoever, and the network does not process the application functions. Instead, each user’s device performs the duty of a web server and stores information for the various applications.

Holochain recently came up with its Holochain v0.0.101, which introduced several fundamental changes, which include:

Holochain entered the market through an initial coin offering (ICO) that supposedly occurred around March and April 2018. This initiative was deemed a success since it raised well over $20 million. The popularity of the Holo HOT debut was evidenced by many pricing adjustments.

The Holo token was worth $0.0001 at the time of the ICO. However, a week after its inception, the currency’s value increased to $0.002, and its market worth grew quickly, reaching a third of a billion dollars.

Cryptocurrencies reached a new level of growth towards the middle of January 2020. In 2020, the Holo coin reached a high of $0.0021, with a market valuation of around $300 million. The conversion index droped to $0.0007 once more, and the threshold was lowered by more than $100 million.

At the time of writing, Holochain is trading at a price of $0.004041 and is down by 1.55% on the March 2022 chart. The bears seem to be dominating as the bulls shy away from the market, and according to our analysis, The bulls might have a chance at returning to the throne, however, if things keep going like this the bears will obliterate value of HOT instantaneously.

New developments in the Holochain network

The Holo token was also listed on Coinbase Custody service. However, the service offers access to the institutional-grade secure offline storage solution used by the Coinbase exchange. This is one of the first steps to listing Holo on the Coinbase exchange, and it’s Arthur Brock, the founder of Holo himself, tweeting it.

The Holochain downward trend is slowing down, as shown with the crisscrossing Wiliam Alligator trend lines. The MACD histogram indicated minimal HOT price momentum with a relative strength index of 49.98.

The site uses machine learning and artificial intelligence (AI) to provide the Holochain HOT forecast. The AI rates HOT historical data index B+ and comments that it would make a bad investment. The Holochain tokens value will drop by 94.74% from the current price to $0.000111.

HOT price prediction for 2022 is $0.003. Holochain, unlike other altcoins in the cryptocurrency market, held an upward trend from the beginning of the year until April, when the exchange rate plummeted. Holochain is down 70% from year to date, and as the crypto market recovers, Holochain is expected to follow suit.

HOT price prediction for 2024 is $0.007. Holochain runs on an open-source framework open to critique and development by developers. The framework allows for easy plug-in of tools allowing developers to promote their projects.

The Holochain framework is very scalable. Unlike most layer 1 blockchains, users do not need to sacrifice performance for lower costs. The network incentivizes new nodes to scale the growing network.

The Holochain platform uses peer-to-peer networking, so it does not require a server. The community nodes are the network with a copy of data stored on all nodes preventing a single point of failure.

Holochain HOT price prediction for 2028 is 0.031. The Holochain native token can be used as a means of payment since it has value. The holochain-base currency is used to pay and incentivize users on their chain. Holochain will trade between a minimum price of $0.03 and a maximum price of $0.037.

Holochain HOT price prediction for 2029 is $0.045. Anyone can become a host on the holochain network by using the pre-configured holo port or by installing Holochain application software. Distributed nodes boost data integrity in an uncensored and permissionless manner. The Holochain native token will trade between a minimum price of $0.043 and a maximum price of $0.051.

Holochain HOT price prediction for 2030 is $0.066. The bull market will continue past the decade as blockchain adoption grows, affecting Holochain’s trading volume from cryptocurrency trading and performance. Holochain will trade between a minimum price of $0.064 and a maximum price of $0.076.

Holochain HOT price prediction for 2031 is $0.095. Developments will be trivial on the distributed hosting platform as new technologies emerge; failure could result in a bearish trend with lower price targets. Holochain will trade between a minimum price of $0.092 and a maximum price of $0.11.

Crypto influencer WealthCreation4U predicts that Holochain is a good investment in the future. If the market is favorable and Bitcoin gathers more bullish momentum, we could see Holochain reach $0.03 and surpass it.

Holochain is a futuristic project. The team behind it aspires to create a platform that competes with other blockchain projects and changes the internet. Even though blockchain is a revolutionary technology, there are some limitations. This is what Holochain aims at– to eliminate these flaws. Again, this aim will undoubtedly affect its price positively.

It is important to note that HOT tokens are temporal, even though the team behind it promises they will not go anywhere even after the swap. HOT tokens might drop. Until then, it can as well rise if the project delivers on its promises, makes new developments, and gains popularity. Even though we are bullish on Holochain, we recommend you do your own research before investing in it.

Despite different predictions, it is possible that Holochain can reach new heights in the future. The project has lots of use cases to it, and if there are more – including partnerships – we could see HOT’s price skyrocket in the future. It is essential to know that cryptocurrencies are volatile, thus, making it difficult to predict their long-term value. We recommend that you do your research before investing in cryptocurrencies.

The Holo hot launch was quite a success until 2022, when the earlier bull markets ended, affecting retail investor accounts. The Holo blockchain has the attributes of Web 3.0 with low energy consumption, and its investors will profit as the adoption of blockchain systems grows.

Holochain HOT defied the 2022 bear crypto market and later succumbed to the pressure in April. Holochain delivers the promises of blockchain with a mashup of proven tech that provides a distributed database, self-owned data, and peer accountability. The feature gives it resilience for higher performance in the future.

The Hot token will start recovering in 2023 as the crypto market recovers from the 2022 bear run. The network’s development will be essential for its continued performance.

The crypto market is highly volatile, with many risks involved. Always conduct enough technical analysis before purchasing crypto; the predictions are not investment advice.

The Holochain platform positions itself as an alternative to traditional blockchains. In essence, Holochain allows dApps to do more with fewer resources. Holochain also solves the scalability issue by removing the need for each validator node on the network to have an entire copy of the blockchain. The key to its future will be finding applications that solve real-world challenges.

Holochain’s performance could suggest a potential for further development and widespread adoption. However, $1 may be an overly optimistic ambition, given that predictions for industry experts have all provided lower price targets for the HOT token by the end of 2022 and beyond.

8 mins read
What lies ahead for Voyager Digital and its investors after FTX wins the purchase auction?
27 September, 2022