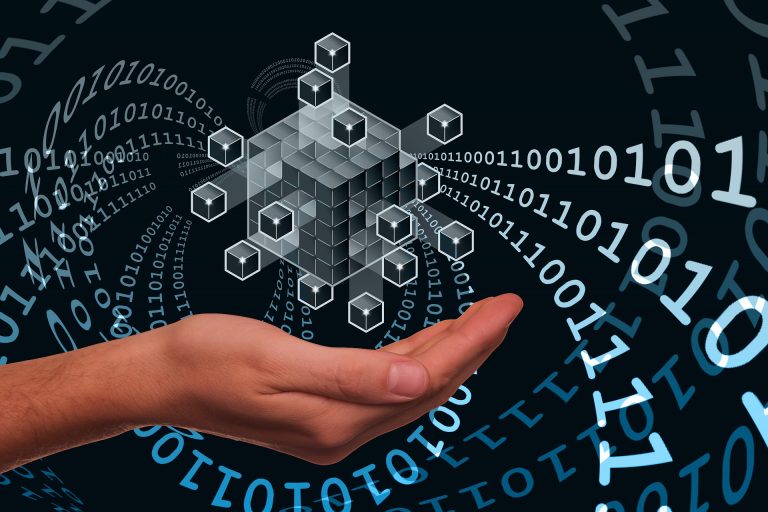 The coexistence of hundreds of blockchain or distributed ledger technology (DLT) networks and the growing adoption of this transformative tech has made consumers and developers realize that we really need effective cross-chain solutions. With the current and future boom in DeFi, NFTs, GameFi, and Metaverse, developers would ideally want to have a presence on multiple networks so they can tap into the user-bases across chains.

They’d also want to scale to different blockchains including Layer-2 networks in order to take advantage of each chain’s unique attributes and capabilities. While it may seem like planning or preparing for a cross-chain future is a really long-term objective, we’re already living in a multi-chain world with more than 100 public blockchain networks currently accessible.

Some of these chains are designed to address specific use-cases or problems like scaling or enabling greater privacy. And some of these DLT networks are simply forks (variations or updates) of others with their own loyal communities. However, most crypto experts believe that the number of blockchains will only grow steadily along with the adoption of blockchain tech.

The developers of deBridge, which is establishing a decentralized standard for cross-chain interoperability and liquidity transfers, have shared some of the common challenges among blockchains of today. They’ve explained that the primary problem is that these blockchains have been maturing and evolving independently and aren’t properly interconnected with each other. And if they are interconnected, then it is via narrow channels that can be really centralized and different for each particular blockchain.

According to the deBridge team, this can lead to major issues like ecosystem fragmentation, which includes the fragmentation of technologies, liquidity, as well as competitive environments. Currently, the problem has not been solved since there’s no unified, consistent standard of interconnection between various DLT networks.

As explained by deBridge, we currently have a significant fragmentation of technologies. So instead of driving the ecosystem forward in a meaningful manner, we’re seeing developer teams working on the same issues for different chains. The deBridge team also pointed out that a lot of these teams might not even ask themselves “what problems are we solving?”

They might also be constantly thinking “what can we fork?”, “what protocol has not been launched on this blockchain yet?”. Since this doesn’t seem like a very productive approach, we’re now seeing numerous forks of Uniswap, Curve, and Aave. This is quite inefficient and many developers may just be unnecessarily duplicating a lot of work and not really making any real progress.

In addition to these issues, we’re also seeing the fragmentation of liquidity. As noted by deBridge, liquidity is fragmented between (decentralized or non-custodial exchanges0 DEXs and among blockchains themselves.

Within one particular blockchain, this issue is addressed by aggregators such as 1inch or Paraswap that are able to split the swap operation between different liquidity pools (LPs) in order to achieve the lowest slippage. However, what if users want to carry out a cross-chain swap? deBridge asks how and whether it’s possible to split the swap between DEXes in different DLT networks? They’d like to see whether there’ll be an effective cross-chain aggregation solution once we have attained real interoperability.

At present, we’re also seeing a lot of fragmentation of competitive environments, the deBridge team added. There’s generally a lack of interoperability solutions which has resulted in a situation where all the initiatives are competing locally — PancakeSwap with BakerySwap in Binance Smart Chain; Uniswap with Sushi in Ethereum, among many other examples.

The deBridge team questions whether users may carry out their swaps with PancakeSwap or Raydium simultaneously and also be able to determine which DEX offers the most competitive rates? According to deBridge, that’s what we could achieve in the foreseeable future when they have a solution for enabling cross-chain interoperability, and PancakeSwap could have to  compete with Raydium, Saber, and various other DEXs, all at once. And crucially, this applies to DEXs as well as other types of protocols in the crypto and DLT space.

At present, there are many different blockchains and a variety of bridges. As noted by deBridge, some of them are quite generalized, and some are very “chain-specific.” And each time a user intends to carry out a transfer from one chain to another, the users may have to do a lot of research.

As explained by deBridge, each bridge may have a different type of functionality and user interface which creates a really poor user experience (UX). The main issue here is that there’s no unified solution where users can simply select  “chain from” and “chain to” where all the technical/complicated processing will take place “under the hood.”

Abstracting Away the Technicalities

Ideally, it would be quite preferable if a user would be able to go to their wallet and seamlessly swap one asset for another in a different chain without being required to know that there was a bridging process working in the background. As noted by the deBridge team, users would simply receive the desired asset via the UI. This would create a somewhat similar experience to how consumers use the Internet without understanding the technical details of the TCP/IP protocol.

The team at deBridge further explains that the bridging of assets isn’t enough to attain cross-chain interoperability. The most vital part is to have the option to seamlessly transfer any arbitrary data cross-chain, the deBridge team noted. They also mentioned that their platform aims to be “the TCP/IP of blockchains, inclusive to all.”

deBridge has been implemented in a way that abstracts away the complexities of composability. This approach allows frontend decentralized applications (dApps) like virtual wallets and yield generating protocols to utilize deBridge “under the hood.” And instead of individual users interacting strictly with the deBridge UI, there should be a number of B2B use-cases, so that  the infrastructure works in a reliable manner to support real innovation.

As noted by its creators, deBridge acts as a cross-chain interoperability and liquidity transfer protocol that supports the decentralized transfer of assets between multiple chains. The cross-chain intercommunication of deBridge smart contracts is reportedly being powered by a network of independent oracles/validators who have been elected by deBridge governance. Moreover, the deBridge protocol serves as an infrastructure platform and hooking service for enabling the cross-chain composability of smart contracts, performing cross-chain swaps, bridging of any arbitrary asset and data, and facilitating the interoperability and bridging of NFTs.