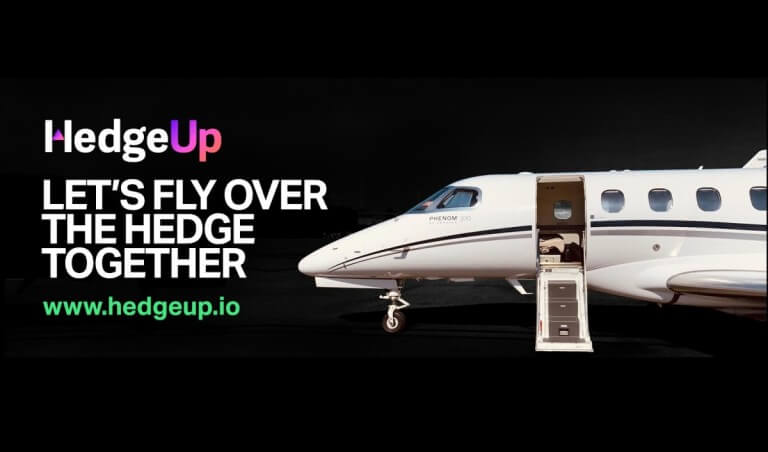 The cryptocurrency platform Ripples (XRP) has continued to tumble since the U.S. Securities and Exchange Commission (SEC) charged the blockchain firm with conducting a $1.3 billion unregistered securities offering.

XRP, the sixth-biggest cryptocurrency by market cap, dropped in value after the announcement from the SEC, which also saw two executives of a San Francisco-based firm charged for personal gains they received from the offering.

Because of their troubles, major Ripple (XRP) investors are dumping the token. They are shifting their investments to HedgeUp (HDUP), an NFT alternative investment marketplace still in the presale stage.

The Ripple network and its cryptocurrency XRP were launched in 2012. XRP is different from other cryptocurrencies in that it is owned by a single company and not run by a decentralized community.

Also, Ripple does not position itself as an alternative to traditional currencies. Instead, XRP wants to be a middleman currency to allow global trade between any unit of value, from cryptocurrencies such as Bitcoin to USD or other fiat currencies.

Ripple already works closely with major banks and financial institutions. The main goal of Ripple platform is to establish a network that allows as many transactions as possible to run as fast as possible simultaneously.

Ripple is more of a competitor to established financial infrastructure services such as SWIFT than other cryptocurrencies like Ethereum or Bitcoin.

The SEC argues that XRP is an unregistered security, a claim Ripple denies. An upbeat Ripple price prediction hinges on the company winning the case against the company. Given the uncertainty around Ripple and its prices, investing in Ripple is risky, and many investors are dumping the token to invest in a more stable token such as HedgeUp (HDUP).

In contrast, HedgeUp is blazing through its stage one presale and looks like the next crypto unicorn for the future.

HedgeUp allows anyone to invest in an alternative investment of choice by creating fractionalized non-fungible tokens.

With HedgeUp (HDUP), NFTs based on a fractionalized share of the underlying equity can be created for each investment opportunity and sold to users for as little as $1.

Thus, HedgeUp has disrupted the traditional alternative investment industry by allowing everyone to acquire access to the market for relatively small sums of money.

Holders of $HDUP not only have exclusive features but also get bonuses and staking rewards, exclusive access to equity NFT releases, and online master classes.

The platform is 100% secured, with audits completed by two top auditing networks, SolidProof and CoinSniper, to help protect investors’ assets and make the platform more reliable to investors.

HedgeUp’s ongoing presale has created an incredible opportunity for early investors to get involved in a token that promises to 100x your portfolio.

For more information on HedgeUP click the links below: