Ethereum ETH price: Bullish for the next 48 to 72 hours It’s green across the board today as most of the top 100 coins report decent gains. While the top ten post a more modest performance, smaller altcoins like Ren and Ocean Protocol are up 16.07 percent and 19.61 percent, respectively, at the time of writing. Today’s top earner, however, seems to be Crypto.com’s MCO token with over 36 percent in the green.

Among the top ten, Bitcoin is up by 2.56%, while Ripple’s XRP and Binance Coin are both up over seven percent, bringing their trading prices to $0.313 and $22.15, respectively. Bitcoin Cash and Ethereum are both showing modest gains as they climb over four percent. BCH is now valued at $292.18 while Ethereum trades at $393.91 at the time of writing.

Looking at the last seven days

Overall, Ethereum has had a relatively a good week, beginning Monday $69 higher than the previous Monday. The coin saw a tumultuous period on Sunday, 2 August, when the Ethereum price peaked at $418 before dropping 25% five minutes later, dropping as low as $302 on Binance. Then, within 10 minutes, the coin had recovered to $385. Forbes has attributed these price swings to historical resistance levels of $410 to $420 coupled with a sudden sell-off at this resistance level led to a sudden surge in liquidations.

What to expect from Ethereum ETH price

As for its upcoming performance, cryptocurrency analysts have generally taken an optimistic approach, with many believing Ethereum’s pricing future looks bright. Analyst cityhero is bullish for the next 48 to 72 hours, believing we could see the ETH price crossing $414.70 before reaching between $447 and $450.

Similarly, analysis by TradeStation has revealed that, despite Ethereum’s sharp pullback over the weekend, the bullish trend looks set to continue its current trajectory in the run up towards the launch of the final public testnet, dubbed “Medalla” for Ethereum 2.0.

Another Trading View analyst, kyer, has taken a cautiously optimistic approach, believing that if ETH will soar if it can break out of $470. For the time being, though, the analyst states that the price is consolidating above $385. 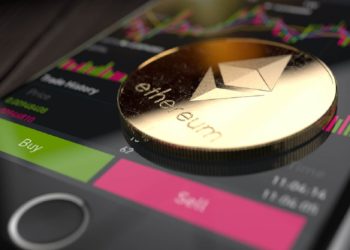