EOS price up by over 12 percent: EOS leading top 10 crypto 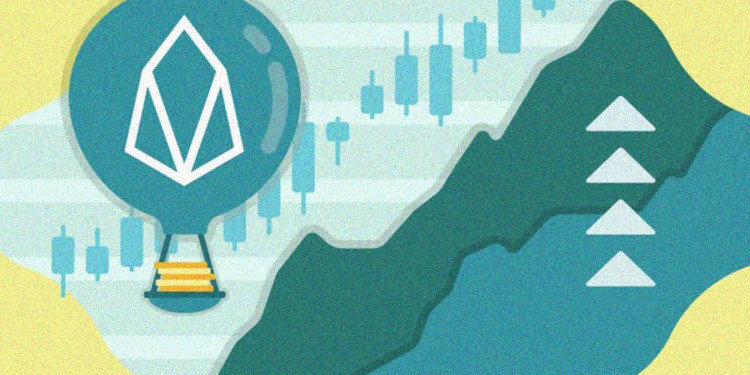 EOS price was touching almost three dollars ($3.17) on the 6th of September; however, the price action movement took a jump on the very next day to three and a half dollars ($3.585).

Since the jump EOS price has been moving between three and a half ($3.5) and almost four dollars ($3.9), however, the four dollars ($4) mark has not been hit as of yet. 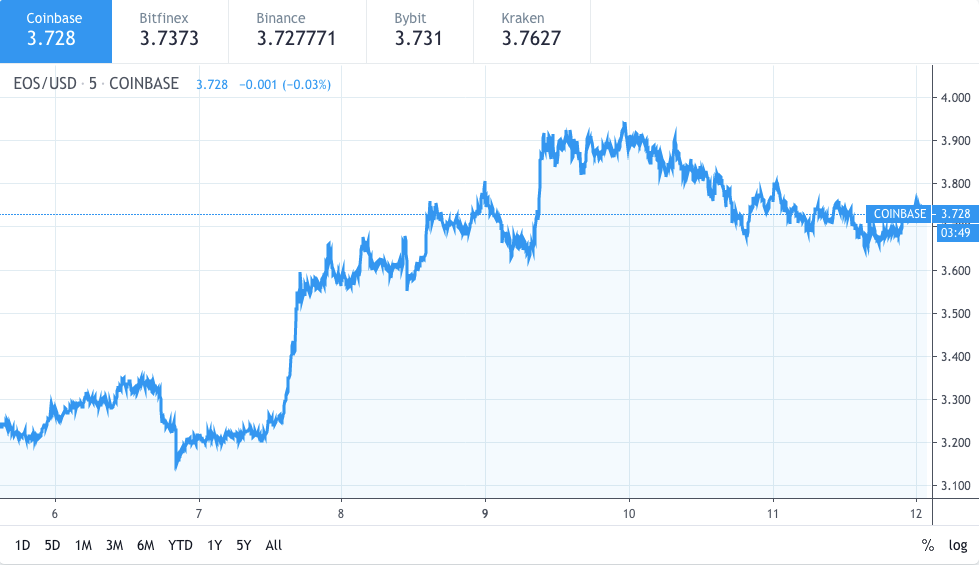 EOS hit the peak at a few cents short of four dollars ($3.945) on the 9th of September but currently trades at a lower point of three and a three-quarter dollars ($3.728) at the time of writing.

The overall price movement during the last seven days gave EOS an over twelve percent (12.09) boost, reveals a Cindicator report Cryptopolitan.com has received. EOS is among the only three currencies performing in the positive zone out of the top ten (10) currencies by market capitalization.

EOS price breaks through against BTC

The price action was moving in a downward wedge that has been successfully broken after the recent rally, and now EOS is going one way only, Up! At least for the time being. 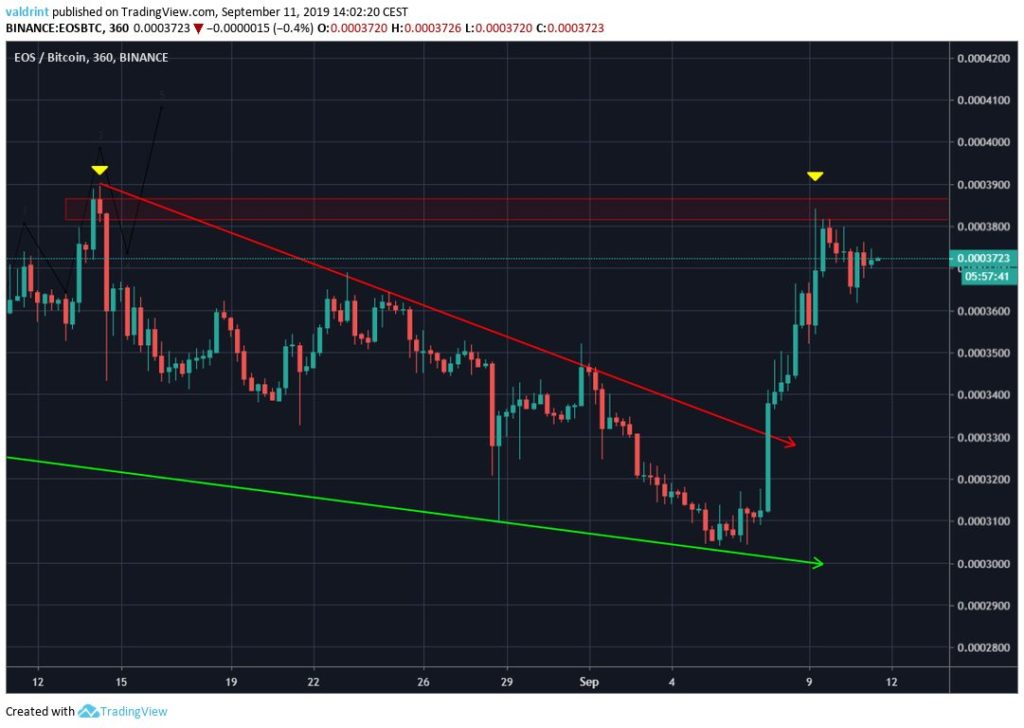 However, EOS rallies and price gain during the previous week is just one contributing factor. Bitcoin price is also dwindling, and that is another factor that contributes to not only EOS but several other cryptocurrencies’ success as well.

While during the week, EOS hit the three thousand eight hundred satoshis (3800) on the 9th of September.