DECENTRALIZED 2019: The ‘Father’ of Blockchain to present at Athens Conference 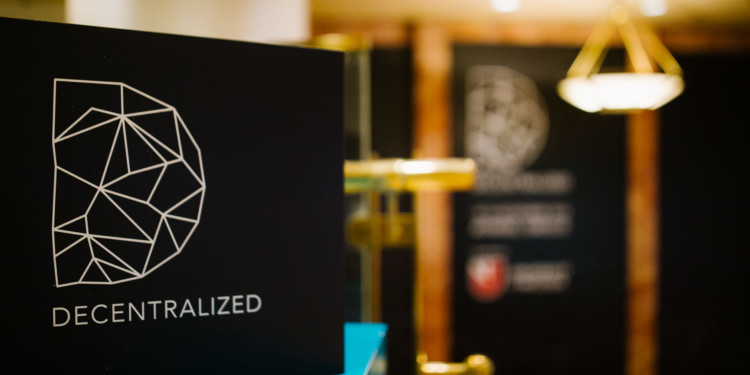 Europe’s premier blockchain conference is back between 30 October and 1 November, featuring an impressive line-up of speakers and pre-conference workshops

DECENTRALIZED 2019 proudly welcomes several new top-tier names to the blockchain and cryptocurrency conference line-up, as well as a number of well-known local and international sponsors, coming together over three days under the banner of delineating and, ultimately, realizing the next steps in our Decentralized future.

The global conference series is set to return for a third year, and second consecutive year in Athens, at the Divani Caravel Hotel, between 30 October and 1 November 2019. Preparations are in full swing, with the 2019 edition of Europe’s premier blockchain conference on track to being bigger than last year’s hugely successful first foray in Greece. More specifically, DECENTRALIZED 2019 will feature more than 80 speakers (leading business executives, academics, and technical experts) from over 50 countries, as well as more than 60 companies as sponsors and exhibitors, presenting their innovative products and services to an anticipated 1,500 attendees, made up of mainly business executives, as well as academics, researchers and students.

There is excitement building around the three distinct conference tracks: Business, Technology, and Academia, in which presenters will engage in a dynamic exchange of knowledge and ideas regarding trends and developments, while expounding upon the latest implications of blockchain technologies and cryptocurrencies. Among this year’s new and returning Keynote Speakers are the following:

Among the expanding number of sponsors, exhibitors and supporters, DECENTRALIZED 2019 is proud to feature on-site booths where the Government of Canada, Eurobank Greece, Stelios Americanos & Co. LLC, Zilliqa, PumaPay, Obyte, and, most recently, BitShares, along with a growing list of other organisations, who will showcase their latest blockchain and cryptocurrency offerings.

DECENTRALIZED 2019 is powered by the Institute for the Future (IFF) at the University of Nicosia (UNIC), the leading global provider of education and research in blockchain and cryptocurrencies, and BitShares, the world’s fastest industrial-grade blockchain platform and eco-system.

For more information and to sign up for DECENTRALIZED 2019, visit www.decentralized.com. Interested individuals and companies are encouraged to register the soonest, to take advantage of the Early Bird Tickets, available until 31 July.

The Institute For the Future (IFF) is an interdisciplinary research Centre at the University of Nicosia, aimed at advancing emerging technologies and contributing to their effective application in industry, government and education, as well as evaluating their impact on employment, wealth inequality and our lives and societies in general.

IFF’s vision is to become a leading research institute and a top global player, spearheading interdisciplinary research and innovation. Researchers at IFF are working on technology that is shaping the structure and operations of our future economies and societies, with an initial focus on Blockchain (Distributed Ledger Technology), Cryptocurrencies, Artificial Intelligence and Forecasting Algorithms.

For more information regarding the focus areas, projects and partners of IFF, please visit https://www.unic.ac.cy/iff/.

A few words about BitShares, the DC19 Event Partner

The BitShares Blockchain is an industrial-grade decentralized platform built for high-performance financial smart contracts mostly known for: its token factory, a decentralized exchange as a built-in native dapp (known as the DEX) and its stablecoins or, as they are called in BitShares, Smartcoins. It represents the first decentralized autonomous community that lets its core token holders decide on its future direction and products by means of on-chain voting. It is also the first DPoS blockchain in existence and the first blockchain to implement stablecoins.

The BitShares Blockchain has a reserve fund that is used for paying block producers and funding development. The fund is refilled by collecting transaction fees from anyone that operates on the blockchain and it can be accessed in a trustless way via worker proposals, that are being voted on by all BTS holders.

In general the BitShares Blockchain is an industrial-scale blockchain that can sustain over 17,000 operations per second (theoretical limits  > 100,000 tps) and enables various business models. This includes tokenization and digitization of real world assets, storing documents or legal contracts tamper-proof on the blockchain, holding company shares directly on the blockchain with KYC and a legal framework that guarantees that the token actually represents the respective shares, as well as many other use cases that involve any kind of token management.”