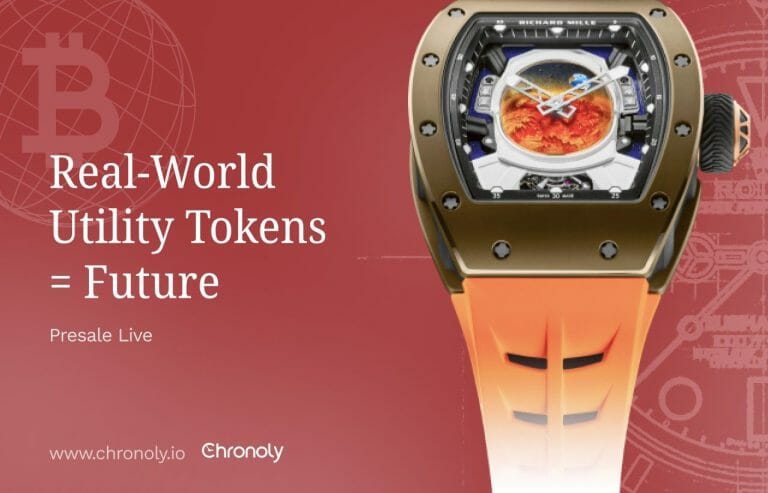 Keeping a long-term perspective is the best strategy for surviving a bad market. When the market is weak, even the most valuable equities are likely to depreciate. However, losing value is not the same as losing money and unless you sell your investments during a downturn, you won’t lose money. The secret is to make investments in reputable businesses and hold onto them. Although it’s frequently simpler said than done, perseverance will pay dividends. When in doubt, keep in mind that numerous businesses today have survived multiple bear markets in the past. Cryptocurrency is in a bear market now and here are three coins we think you should consider adding to your watchlist – Tron (TRX), Cardano (ADA) and Chronoly (CRNO), which price has spiked 500% in the last 60 days

With TRX currently rated 13th on the rankings, Tron has entered the top 15 cryptos on the market. The alternative currency resisted market bears on June 18 and 19, rising up to 32 percent since its most recent low on June 15. In actuality, this was the case notwithstanding the protracted sell-off that occurred on June 18 and 19. An ascending support line and a descending resistance line supported the wedge pattern in which TRX had previously been trading. The token was pushed outside of the wedge formation, nevertheless, as it quickly posted a strong bearish wave. On June 15th, the price hit a low of $0.046 which is a signal that now could be the right time to buy before any upward price swings.

CoinMarketCap ranks Cardano (ADA) as the seventh most valuable cryptocurrency with a market capitalization of $15,760,761,261. After the crypto meltdown of this year, it looks like a strong candidate to make a recovery. The upcoming ‘Vasil hard fork’, which is scheduled to be live at the end of this month, is a factor in this. Cardano (ADA) users have even more to smile about; a layer 2 technology being developed by IOG will attempt to scale the Cardano (ADA) blockchain by reducing latency and increasing transactions to as many as one million per second. By any metric, that is superfast. Cardano is looking like a good “bear” bet right now.

Chronoly (CRNO) is bubbling away

A strong investment case is a strong investment case, regardless of market conditions. Chronoly (CRNO) is such a case because it solves the problem that nearly all digital assets have, i.e., they are not backed by any real-world value. Chronoly is a crypto and NFT project that lets investors own shares in rare watches made by Rolex, Patek Philippe, and Audemars Piguet. Each watch NFT is backed by the real watch, which is fully insured and kept in a fully secured vault.

People are starting to realize that a lot of the excitement about cryptocurrency was just hype and bluster. Since so many bubbles have burst, investors want havens that are safe, secure, and offer good value. Watches have been good investments for hundreds of years and having a physical book value will keep the price of Chronoly NFTs rising for some time to come. The Chronoly native token  started its presale in May at a price of $0.01 and rallied by 500% during the crypto crash. Could this project kick start a trend in the cryptocurrency markets? Well, that remains to be seen.

For more information about the Chronoly Project: