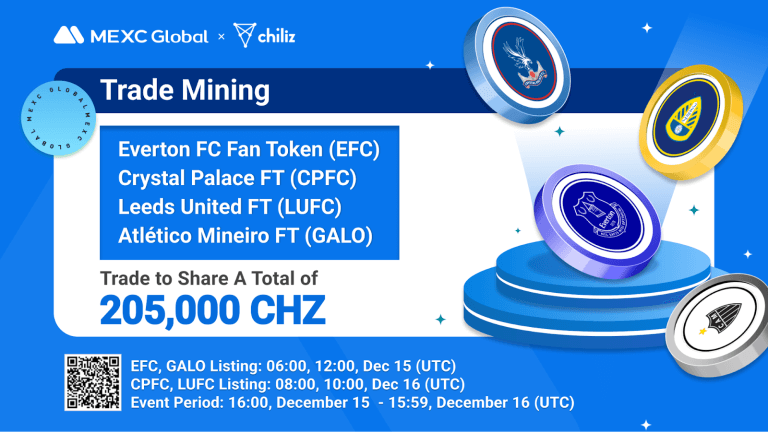 Recently, Socios.com, Chiliz’s fan token creator, and several football clubs launched the latest fan tokens. These tokens collectively had their initial launch on the cryptocurrency trading platform MEXC to expand their scale in the secondary market.

In fact, fan tokens are social tokens in sports, entertainment, and other fields resulting from the rise of the NFT in 2021. Fans hold tokens of relevant clubs or teams and will have the opportunity to obtain signed jerseys, NFT rewards, VIP seats, and participate in voting, club activities, etc. Among them, Chiliz, the entertainment and sports infrastructure provider based on blockchain technology, has collaborated with many well-known clubs to launch fan tokens. These include Juventus fan token JUV, AC Milan fan token ACM, etc.

In this cryptocurrency bear market, fan tokens have become the only sector that experienced an overall boom in the second half of this year, as a result of the World Cup in Qatar. Three months before the World Cup, Binance and MEXC, the two major trading platforms, took the lead in launching the fan token zone. Both platforms have listed fan tokens of relevant clubs or national teams.

During this World Cup, different fan tokens have also shown different price performances as the game progresses. ARG, the fan token of the Argentine national team, which has won two World Cups, began to rebound from its bottom on December 9 and reached an 87% gain on the 13th. It was especially after Argentina defeated Croatia 3-0 and advanced to the final, that ARG hit the highest gain of 46.1% on MEXC.