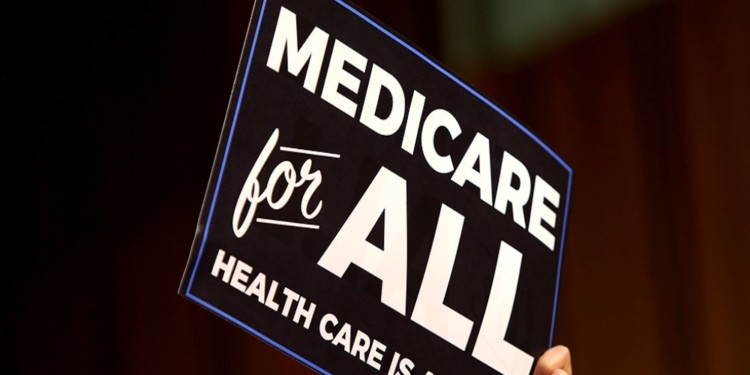 Healthcare for Americans is what the job market is for Indians; too many takers but not enough suppliers. For generations, Americans have been waiting endlessly to get access to swift health care systems, urgent care facilities, and treatments for non-life-threatening diseases.

Medicare-for-all, the current talk of the town for those looking to run for United States’ next presidential campaign, is in fact, deteriorating the situation further by replacing the private sector healthcare with government-run institutions. In short, the government will be the final arbiter on all concerns related to healthcare for Americans.

Forbes recently reported on the matter saying that the primary aim of the widely discussed Medicare-for-all initiative is to make healthcare available to all citizens. Furthermore, it also protects them from uncontrolled price surges and provides them with more treatment options.

The downside is that it will increase taxes for already insured and compel them to use the substandard government facilities, even when they can afford advanced care.

The initiative has wider implications in the industry. Not only will it add to the expenses of already happy and content insured citizens of America but also take the bread out of many insurance and drug companies’ mouth.

In addition to bringing about new tax structure and restructuring the drug prices, implementing this change would cost the American economy approximately one trillion dollars ($1.3 t).

Should a hypothetical scenario such as this arise, is the government prepared to confront its actual pitfalls? The current system already suffers from a range of flaws such as defective data privacy measures, inaccurately maintained patient records and inefficient interoperability.

A survey conducted by the Breach Barometer Report highlights the degree of imbalance in the system. According to the report, over twenty-seven million patient records encountered a security breach in 2016. Certainly, Internet-of-Things technology renders more challenges than one may presume.

How blockchain can improve healthcare’s plight

Owing to the centralization and vulnerability of the existing system, management of data has become an abnormally complex and ordeal. Patients who do not fulfil specific compliance requirements of their insurance policies are often left to fend for themselves.

Imagine a system where data transfers are automated and patients gain full access to their medical history and insurance records, the need for random overhead costs will be entirely abolished.

Besides, increased control in the hands of consumers will partly make them responsible for data privacy. With this, blockchain can take accountability to a whole new level!