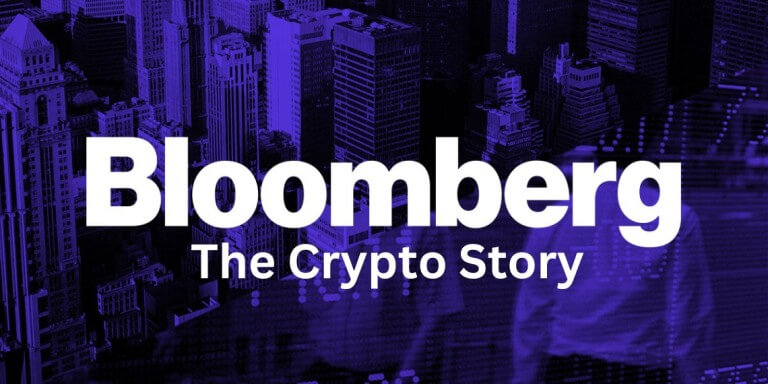 The crypto sector has recently reached a new level of prominence. Bloomberg, the information juggernaut, has taken a serious interest in the cryptocurrency business. Better yet, Bloomberg Magazine has made a crypto publication in a manner only seen once in its 93 years of News coverage. Bloomberg is based in New York City.

Investors have come to rely on the news entity for business and economic news. It has made a reputation for itself by promoting competition between corporate newswires. Matt Levine, a famous financial columnist for Bloomberg, had this to say about crypto during one of the worst crypto winters in the industry’s 14-year history.

Bloomberg Businessweek published a 40,000-word article on cryptocurrencies titled “The Crypto Story.” The report covered the negative, the positive, and the in-betweens. Interestingly, it has recognized the significance of crypto in the current financial sector.

Matt Levine is well-known as a chronicler of all things pertaining to finance. In recent years, his prominence has necessitated a great deal of writing about the newly-established and young financial sector. Bloomberg has significantly benefited from his input.

The information giant has shown honour to the former investment banker and lawyer’s piece by making it the only article in this week’s magazine issue. The piece is so important that this is the second time the 93-year-old publication has filled itself with a single story.

In 2015, Bloomberg followed a similar course with a computer programming article published by Paul Ford. Here are the complete cover-to-cover specifics of the crypto tale.

Over the past five years, the crypto sector has been a contentious topic. The current crypto winter has provided crypto skeptics with excuses for their lack of crypto support. Matt Levine opens the magazine issue by addressing this topic. If you’re a skeptic in this upside-down crypto world, this is merely a modern Ponzi scheme that will fail. Current recessions are proof of its long-awaited demise.

However, there is a technology that skeptics cannot ignore: blockchain technology. Moreover, if cryptography is not going away, we should endeavor to comprehend it. The first section of the issue focuses on the specifics of the ledger, bitcoin, and blockchain-related matters. According to the article, the majority of 21st-century existence has relocated to online environments backed by technology and databases.

Details highlighted in the publication

Saying that modern life is lived in databases implies that there is a great deal of trust in modern living. However, present database providers have fostered a climate of mistrust, which blockchain technology has resolved. The 2008 financial crisis severely and permanently damaged many people’s trust in the banking sector.

There are banks you cannot trust to handle your money and jurisdictions where the rule of law cannot be relied upon to govern them. There are governments where you cannot have faith not to confiscate your money from the banks, fake election results, or alter the property record to seize your home.

There are social media corporations that you cannot trust not to suspend your account unilaterally. Hence the significance of crypto, blockchain, and ledgers. Matt had this to say about the piece after stating he is not a true crypto believer and owns $100 worth of crypto. It adopts a perspective that covers most of what he has addressed in the one-of-a-kind piece.

Bloomberg’s coverage of crypto at a glance

The article describes the advent of cryptography in 2008. Following the economic downturns of 2007 and 2008, the pseudonym Satoshi Nakamoto created Bitcoin. After 14 years, tens of thousands of coins use cryptography.

According to Bloomberg, there are numerous ways to view Satoshi’s efforts and accomplishments. Moreover, each interpretation distinctly leads you to crypto. Bitcoin is a store of value, a gaming currency, and an uncorrelated asset.

In this great masterpiece, the theme of trust has been given prominence. It was easier for traditional investors who had their trust broken by centralized financial institutions to switch to crypto. However, the notion of trust has been tested in the crypto market.

Investors in cryptocurrencies repeatedly placed their trust in Quadriga, Terra, Voyager, Celsius, and hundreds of other ventures that flopped, ran off with their funds, or were hacked. They were swift to trust others. The fundamental idea is that databases power contemporary life. And blockchain, the underlying technology of cryptocurrencies, is also a distributed ledger, suggesting that cryptocurrencies may have a future.

If you build a financial system whose main appeal is its database, it will be well-suited to a world lived in databases. If the world is increasingly software and advertising and online social networking and, good Lord, the metaverse, then the crypto financial system doesn’t have to build all the way back down to the real world to be valuable. The world can come to crypto.