While the price of Bitcoin (BTC) continues above the $60k price level, the majority of investors are bullish on the king of cryptocurrencies. The reason behind this sentiment is the approval of the first Bitcoin futures exchange-traded fund or ETF by the United States Securities and Exchange Commission (SEC).

Trading under the ticker BITO, the fund gained as much as 5.4% to $42.15 before paring gains and turning negative at one point. Still, more than 18 million shares worth roughly $740 million changed hands by around 1:24 p.m. in New York, according to data compiled by Bloomberg.

After the application was put forth to the SEC for approval of a Bitcoin ETF, it was revealed that a futures ETF has higher chances of being approved.

Whereas the ProShares fund offers regulated exposure to Bitcoin, it will come at a price to investors. The BITO fund will charge an annual management fee (an expense ratio) of 0.95 percent.

ProShares Fund will invest in Bitcoin while exposing the BTC futures trading on Chicago Mercantile Exchange or CME. The futures market is a volatile field in which the investors can indirectly invest in using the ProShares ETF, which provides exposure to Bitcoin.

ProShares is not the only ETF that investors look forward to. The launch of the ETF by Valkyrie investments might happen sometime later this week, as significant analysts from Bloomberg claim.

After the approval of this ETF, Bitcoin soared to higher levels, and as a result, investors are bullish. ProShare celebrated this new development in the industry through a ceremony in a press conference wherein the prominent members rang their bell of success.

The primary question people ask with the approval of the futures ETF: Should one buy the Bitcoin crypto asset or the BITO ETF?

The answer is simple. If you are looking to invest in the underlying asset of the ProShares ETF, i.e., Bitcoin, you need to be ready to face the volatility. Only buy Bitcoin if you believe in the fundamentals but, if you want to remain on the safer side, go with the ETF.

The ProShares BITO fund is based on Bitcoin futures on the Chicago Mercantile Exchange. Therefore, the fund will track Bitcoin’s price. Bitcoin soared and came close to its $65,000 all-time high in anticipation of the BITO ETF launch. Although the fund should track Bitcoin’s spot price, it could still trade at a premium or discount to the underlying asset.

Investors’ exposure to the Bitcoin futures market and Bitcoin trading will cause a surge in demand among investors. It was expected that BITO would start on a highly bullish note.

The majority of prominent individuals from the private sector came out to comment on the same. Jack McDonald, Polysign CEO, mentioned at Forbes.

In general, I think a Bitcoin ETF will generate more demand for Bitcoin than not having one because it solves a lot of regulatory issues that many investors seek clarity on.

For investors who are brand new to trading crypto and are not comfortable with the aforementioned ways to get direct access, futures-based ETFs are a good alternative.

Where to buy BITO

After ProShares’s Bitcoin fund (BITO) made its debut on the NYSE on Oct. 19, all interested investors can buy it, like they buy stocks, through brokers that support ETF trading, e.g., Robinhood, SoFi, and Webull and other popular platforms accessible to retail investors for ETF trades. Particular sites would be:

eToro is a leading multi-asset trading platform that offers some of its industry’s lowest commission and fee rates. Social copy trading features make it great for beginners who want to get started quickly. At the same time, advanced traders with higher account balances can still find competitive pricing on eToro‘s as well.

A company that is driven by technology and offers an excellent user experience. This Financial platform provides all the tools you need for self-directed investments.

This platform accepts traders in select States of America’s jurisdiction. Robinhood Crypto is a licensed company with the New York State Department of Financial Services. Also, their cryptocurrencies are not subject to securities laws.

ProShares fund will invest mainly in Bitcoin futures contracts and not directly in the cryptocurrency itself. That means the fund will invest in bets on where the digital coin will be priced in the future. The market is overseen by the Commodity Futures Trading Commission or CFTC.

It has traded tightly, within a penny of fair value pretty much all morning, so it’s part of the ecosystem

Much of BITO’s initial volume appeared to be from retail investors, as there were only four block trades, above 10,000 shares on Tuesday morning launch. This year, Crypto ETFs have launched in Canada and Europe amid surging interest in digital assets, but BITO is the first U.S. Bitcoin futures-based fund.

An exchange-traded fund allows investors to buy a whole basket of investments quickly. Some of the most popular ETFs track things like the S&P 500 index of extensive U.S. stocks, the price of gold, or high-yield bond indexes.

Unlike traditional mutual funds, which price just once a day, investors can buy or sell an ETF throughout the trading day. That’s particularly important for cryptocurrencies, whose prices can swing sharply from minute to minute, let alone daily. The fund will invest in Bitcoin futures, which are essentially bets on where Bitcoin’s price will go in each of the months ahead.

Because it will be invested in futures instead of actual Bitcoins, the ETF is less than ideal for a Bitcoin believer who wants to invest in it for the long term. $BITO will have an expense ratio of 0.95%, e.g., $95 of every $10,000 invested in the fund will go toward paying its annual operating expenses. The middlemen are back in this arrangement, a hard sell for Bitcoin fans.

Nevertheless, BITO allows skeptical investors something that they can sell short. They can bet on the ETF’s price to fall by borrowing a share and selling it, hoping to repurchase it later at a lower price. The ETFs could also allow for the trading of options around them.

According to our BITO ETF price prediction, investing in Bitcoin ETF depends upon your investment strategy. If you are new to crypto and want to get exposure first with less risk, the ProShares ETF should be the first preference. BITO ETF was one of the most-bought assets on Fidelity’s platform, with more than 7,500 buy orders coming from customers as of 1:20 p.m. New York time.

Currently, the Bitcoin ETF is priced just above $41, a 3% improvement from when it debuted on the stock exchange. At the time of writing, BTC is currently soaring above $60,000 and as the ETF funds flow in, we expect that this figure will continue to rise.

If you are convinced that you can handle the volatility of BTC and have firm faith in blockchain-based projects, you can go ahead with direct investment in crypto. Although the BITO ETF sounds good, some crypto backers who want to trade bitcoin directly argue that this will create an extra cost for end-users. Something which you could avoid by using cash markets. Investors need to be particularly aware of what they’re buying and how it’s likely to perform.

Before you move on if you want to learn more about long-term cryptocurrency price predictions, visit here. 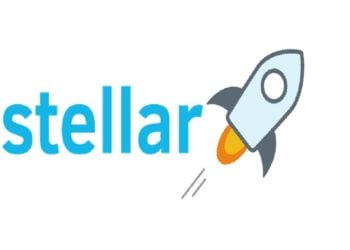