Bitcoin to See Major Increase Based Off of Three Economic Signals 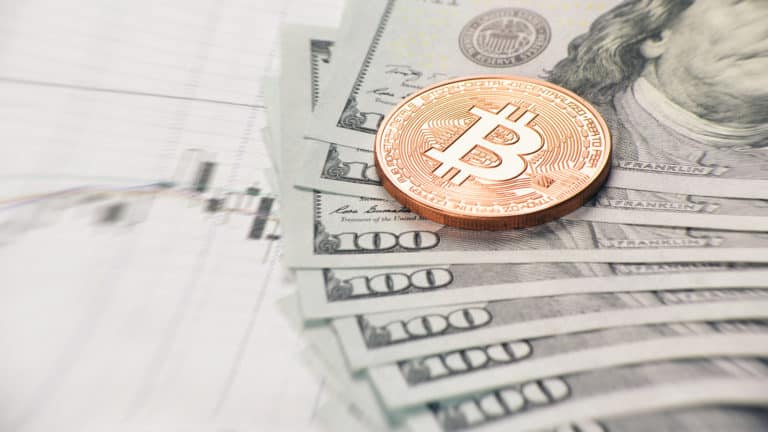 It’s been a difficult time for the stock market. The beginning of March saw the Dow Jones Industrial Average lose 1%, and the S&P lose 1.7%. These numbers also signal major volatility, with swings of more than 1,000 points. Investors are now looking to take their money elsewhere, looking at alternative markets, namely Bitcoin. In fact, we can expect Bitcoin to see a major increase, based off of three economic signals.

While the stock market saw huge swings, Bitcoin has remained fairly stable. Even after a down swing at the beginning of the month, it’s now turned slightly positive and seems to be staying that way. Bitcoin also saw low volume, which showed that traders were staying in their positions rather than trading. The stability of the BTC price shows that Bitcoin could potentially act as a safe haven from the free falling stock market. Now we can expect a bullish turn thanks to these three signals:

Unemployment rates dropped to their lowest in 50 years. While this generally supports a strong economy, this figure only accounts for the last 90 days and does not yet take the coronavirus threat into account. The virus has heralded a weakening economy, and the full impact of it is not yet known.

Altogether, these three signals show that the global economy is weakening, even as older stats show strength. They’re heralding a massive weakening, and it’s likely that investors will start to flee the stock market in favour of a more stable asset, like Bitcoin. Yes, at this point in time Bitcoin is actually acting as a safe haven for investors – and there’s a reason why.

The halving is around the corner

With the Bitcoin halving around the corner, BTC is set for a good year. Historically, Bitcoin halvings have signalled bull runs and this year’s likely won’t be any different. Now, investors are treating Bitcoin as a safe haven from the instability of the stock market. With Covid-19 infections ramping up, we’re likely to see a major global economic crisis – this is actually good news for Bitcoin. Bitcoin is going to see a major increase based off of the three economic signals mentioned previously – and they’re all as a result of the Coronavirus. With economic instability a near certainty, now is the time for BTC adoption to peak.

Mortgage rates have dropped to an unprecedented all-time low of 3.29%. According to Freddie Mac, new mortgage applications have risen by 10%, but the number of buyers do not indicate sales, which could decline as Covid-19 fears rise.

Firstly, the bond yields for the US 10-year treasuries dropped to a reportedly record low of .667%. This shows that there’s major market fear, something which is actually good for Bitcoin. Substantial market fear means that more traders will be looking at Bitcoin as a safe haven. This only bodes well for the coin.

Covid-19 is a nightmare – except for Bitcoin

Covid-19 has proven nightmarish for the entire world, but Bitcoin is thriving. Amid a struggling global economy, Bitcoin has emerged as a savior. Now, we can expect Bitcoin to see a major increase based off of three economic signals: Bond yields, mortgage rates, and unemployment rates – each uniquely impacted by Covid-19. With the Bitcoin halving around the corner, 2020 is set to be a bullish year for the cryptocurrency.