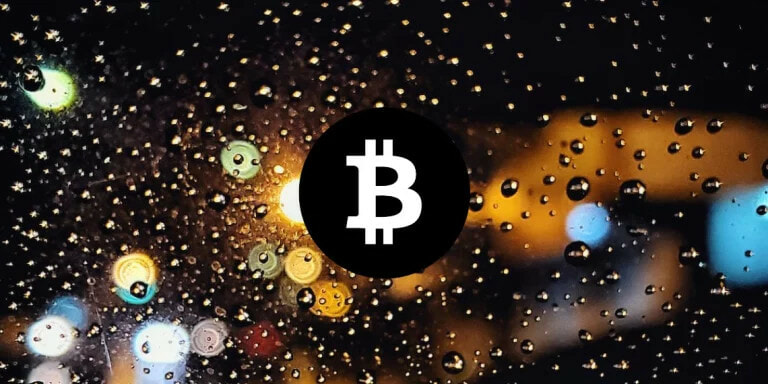 Bitcoin price analysis shows a downtrend
Bitcoin (BTC) is still trading within its tightest trading range ever.
A firm support level is found at around $16,500 while the resistance level is at around $17,500

Bitcoin price analysis reveals a potential bottom is forming at around $17,000. After a whirlwind in November for Bitcoin and the overall cryptocurrency market, Bitcoin prices are starting to look more stable and less volatile. The price range at which BTC had been trading between $16,750.56 and $17,109.38 is extremely narrow and indicates that there is a high level of stability in crypto markets. Bitcoin is trading at $16,813.15 and is down by only 0.99 percent in the last 24 hours.

BTC’s price is close to $17,000 and people are again speculating about where the bottom might be. Experts have said that BTC could have done better than its current range if not for the FTX collapse. The Sam Bankman-Fried crypto empire’s swift decline caused the top cryptocurrency to hit an approximate low of $15,700 in early 2022. As 2023 approaches, community members are left speculating about when and if the bottom price will be reached.

Analysts have pointed to several factors that could potentially lead BTC to its bottom. According to the latest report from Capriole Investments, a number of key factors are pointing to an imminent Bitcoin rally. These include All-time high Bitcoin hodling despite a historic price drawdown, BTC price slipping under its global electrical cost, BTC miner selling hitting a peak, The SLRV Ribbons flashing a buy signal, and Bitcoin Hash Ribbons confirming another miner capitulation.

Bitcoin price analysis on a daily chart shows that BTC is trading in an extremely tight range. The levels around $16,500 and $17,500 are likely to act as strong support and resistance respectively. Bitcoin is trading above the 100-day and 200-day moving averages, indicating that the bears are currently losing their grip.

The price of Bitcoin has been hovering around $17,000. As speculation builds about whether or not we have hit a bottom, many experts believe that there could be an imminent rally ahead for BTC. The weekly Relative Strength Index has remained in the oversold region, indicating that the bulls have not been able to regain control.

Further technical indications show that there is potential for a bottom to form in the near future. The SLRV Ribbons are flashing a buy signal, and the Bitcoin Hash Ribbons confirm another miner capitulation. Further, BTC price has slipped below its global electrical cost and miners have been unloading their altcoins holdings at record levels as profit margins continue to shrink.

The ATR indicator is also showing that Bitcoin’s volatility has dropped sharply and that price action could be stabilizing. If these indicators are correct, we may soon start to see a reversal in the downtrend for BTC.

Bitcoin price analysis on a 4-hour chart: Will Bitcoin bottom out at $17,000?

Bitcoin price analysis on a 4-hour chart shows that there is potential for the price of BTC to bottom out at around $17,000. The support level at this range is likely to hold and act as a strong pivot point.

Recently, there has been a major uptick in Bitcoin’s UTXO volume, which may be an indicator that the prolonged bear market is coming to an end.

Generally, when Bitcoin is nearing the bottom of a market cycle, this movement happens. Even though Bitcoin’s price may not go up right away following this occurrence, it has been an indication in the past that we are near the end of a bear market and the beginning of a bull market may be close.

Bitcoin experts rely on several key technical indicators to predict future price movements, including UTXO (unspent transaction output) data, momentum indicators, and moving averages. UTXO is particularly important because it reveals how many Bitcoin are being held by users at any given time. Further technical indicators such as the ATR (Average True Range) are showing that price action might be stabilizing and that a reversal may soon take place. The MACD (Moving Average Convergence Divergence) is also starting to diverge, indicating that the bearish trend may soon be reversing.

Bitcoin price analysis reveals if Bitcoin breaks through the $17200 resistance to the $17424 level, the closest resistance level here lies at $17632. There’s also resistance at $18186 and $18750. On the downside, if BTC breaks under $16500 support we might see a test of $15990. A break below this support could take us deeper toward $14902. Overall, Bitcoin looks like it might be near the end of its prolonged bear market cycle and is ripe for a rally soon.

4 mins read
What are Stablecoins? Types of Stablecoins and how to Stake them
29 January, 2023