Over the years, developers have had to implement a fork for various reasons, such as adding new functionalities, reverse transactions, and repair security risks in older versions of software. Fork related to blockchain technology involves upgrades initiated by developers or members of a crypto community who are tired of the features offered by an existing blockchain. Forking changes the protocol of a blockchain and results in two branches, one that follows the previous protocol and another that follows the new protocol. Holders of tokens during the last blockchain are granted tokens in the new fork, but crypto miners must choose which blockchain transaction verification would continue.

The concept of cryptocurrency fork is broadly classified into two; Hard fork and Soft fork. While both forks share common similarities, they are also different in the sense that the hard fork’s old and new blockchain exist side by side while the soft fork only ends up in a single blockchain. Bitcoin Gold is a hard Bitcoin fork open-source cryptocurrency. When it took off on October 24, 2017, the BCG coin aimed to “make bitcoin decentralized again.” This aim sounds pretty conflicting because bitcoin itself is already a decentralized currency (no central authority like the fiat currency). The primary reason for Bitcoin gold was to develop a new algorithm for miners. The new blockchain branch created from the forking process would no longer favor those with specialized equipment but those with standard computers, unlike the previous blockchain. 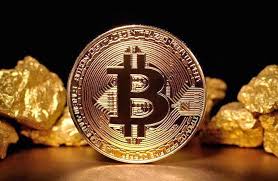 Bitcoin, mysteriously developed by Satoshi Nakamoto in 2009, is a decentralized digital asset that has gone on to gain massive attention around the world and inspired several other digital currencies. Although Bitcoin still faces the limitation of slow processing time, various digital coins have tried to adapt Satoshi’s work and improve it. The BCG, BCH, and several other digital currencies with bitcoin in their names are crypto assets created due to hard forking carried out on the bitcoin blockchain. Notably, bitcoin is not a financial instrument because it does not represent cash. 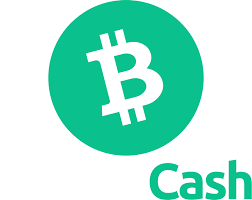 BCH coin separated from the main bitcoin blockchain in August 2017 because no BCH crypto wallet would accept bitcoin transactions and blocks. The BCH fork remains the most successful fork from the bitcoin blockchain.  As of March 2021, it is the eleventh largest digital currency by market capitalization. Compared to bitcoin’s block of 1 MB, BCH allows a block of 8 megabytes for faster transaction processing. In 2018, the maximum block size was increased to 32 MB, but block size on BCH has remained only a fraction of the 32 MB.

The BCH can process transactions faster and handle more transactions than the bitcoin network can, but a slight concern is the fear of security breaches due to the larger block size. Also, Bitcoin remains the most prominent cryptocurrency in the world by market capitalization, so users of BCH may find their liquidity and usability lower than that of bitcoin. BCH trading pairs on several crypto exchanges include BCH-BTC, BCH-EUR, BCH-USD. BCH can easily be bought with the use of a credit card.

Inflation concerns for BCH are controlled by halving the block reward every four years. This process works like common fiat currencies where extra printing of money causes inflation, and if there is no extra money printed, BCH value increases. 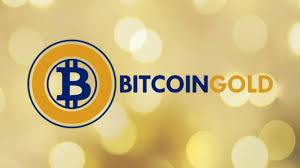 BTG hard forked from the Bitcoin blockchain in October 2017.  Bitcoin Gold mining algorithm adopted a more democratized approach. Bitcoin’s process was tedious and was only profitable to people who could afford specialized super-fast computers for miners to mine. The new algorithm BTG adopted an algorithm that built equality between every bitcoin miner regardless of their hardware. In the cryptocurrency world, malware attacks and hacking are common occurrences, and bitcoin gold has been a victim on multiple occasions. In May 2018, BTG experienced a 51% hashing attack by hackers. During the attack, up to 338,000 BTG was stolen. After this attack, BTG Gold was delisted from Bittrex because the team refused to pay for damages. In January 2020, BTG was attacked again, which lead to the release of an emergency update. According to Bitcoin Gold’s site, BTG is currently trading on 40 cryptocurrency exchanges and 11 currencies. It also supports crypto wallets like Ledger Nano X and TREZOR one hardware wallet.

Market capitalization is calculated by multiplying the total number of bitcoin in circulation by the current Bitcoin price. The bitcoin market cap has grown from approximately 1 billion USD in 2013 to 940 billion USD as of April 25, according to coinmarketcap.

Bitcoin gold was created from an experimental fork of bitcoin in October 2017 to make mining accessible to individuals. With the growth of bitcoin, the difficulty of mining had increased from the average computer to high-speed specialized computers that required high energy consumption. In July 2017, bitcoin gold developer Jack Liao announced the change to the bitcoin algorithm and called it the Equihash-BTG. This algorithm aimed to make it possible for anyone to participate without a specialized computer with high computing power or high energy requirement. Equihash-BTG required miners to use devices with graphic processing units (GPU) rather than bitcoin’s ASICs. This way, the BCG coin would restore bitcoin fundamentals as a decentralized digital currency.

This data was provided by coinmarketcap

One of the significant criticisms surrounding Bitcoin gold is the multiple attacks and vulnerability the project has faced. In May 2018, Bitcoin gold faced a 51% hash attack and a double-spend attack. In January 2020, it met another 51% hash attack also. These attacks showed the network was not ASIC resistant as the creators claimed.

A few days after the launch of bitcoin gold, one of the founders’ claims added a 0.5% mining fee that was hidden from the community. Like every other project, the Bitcoin gold coin had its share of controversies and made efforts to improve faulty departments.

According to bitcoingold.org, Bitcoin Gold decentralizes mining by adopting a PoW (proof of work) algorithm called Equihash-BTG, which cannot be run on the specialty equipment used for Bitcoin mining (ASIC miners.) BCG allows the average crypto miner to mine with common GPUs or a standard computer.

This decentralized aim was created since the mining process in the bitcoin ecosystem was becoming monopolized by companies producing hardware. The increasing difficulty of mining made it easy for companies to control mining and create specialized hardware. For this reason, it became difficult for ordinary users to mine bitcoin.

Bitcoin Gold cold developers are aware they need to improve their efforts to keep bitcoin gold alive constantly and attractive to investors. They promised improvements like smart voting mechanisms and decentralized decision-making for the development of BTG.

The future of Bitcoin Gold trading is promising as developers announced that the Bitcoin gold network had repelled several hacker attacks since January 2020. This positive news has impacted users and has seen increased investment in Bitcoin Gold.

Also, Bitcoin Gold plans to implement a Lightning network that will make BTG a convenient payment method in our everyday life and usable on any cryptocurrency exchange. With these future potentials, Bitcoin Gold is poised to be a worthy future financial decision for people interested in cryptocurrency.