Bears seem to be ruling EOS price; analysis for April 2019 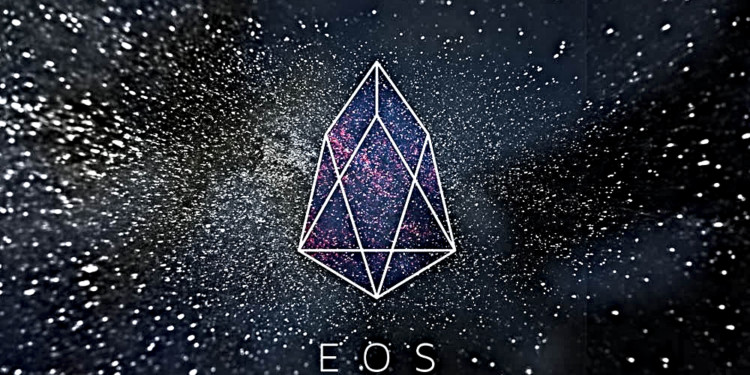 EOS is currently experiencing a slow pace in its medium-term outlook. It is also facing an inverted bearish pinbar development at over five dollars ($5.54) in the supply area. 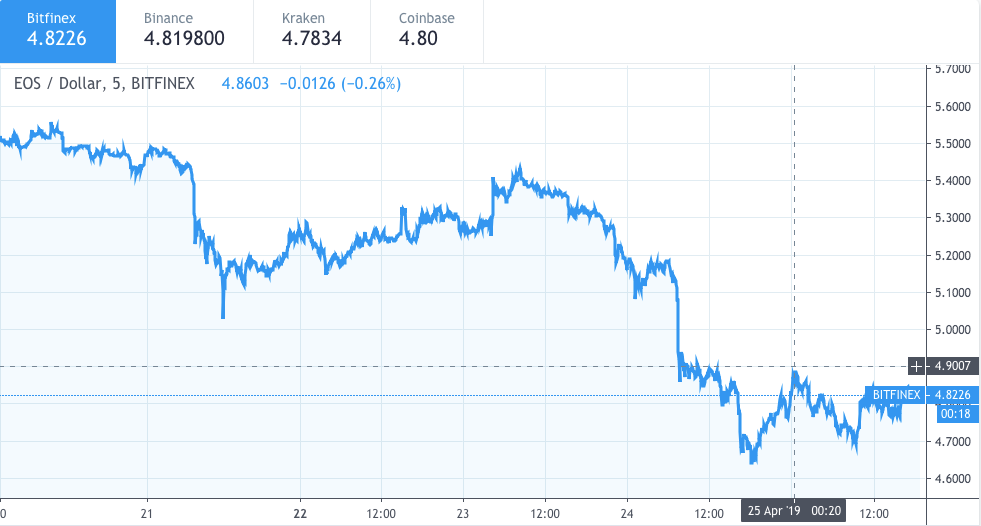 With the opening up of the market the day before, the bearish trend took hold of the market. The complete validation of the takeover befell at the 10-EMA break before the session ends.

The low demand area was at almost five dollars ($4.90) and then dropped a little lower ($4.8). It was broken with an engulfing candle as EOS dived to 4.81 dollars. Both EMAs have currently spread apart which infers power in the trend as the slow pace linger the descending drive.

The momentum indicator- stochastic oscillator hint points dejected at 13 percent in the oversold zone. It suggests a constant downhill push with more candle open and closed under the EMAs.

EOS is currently experiencing a slow trend in its short-term outlook. The bearish motion temporarily vanished at 5.02 dollars soon after inaugural. This brought the bulls back.

The worth was high at 5.19 dollars within the supply zone. This shaped the bearish flag. EOS fell to 4.81 dollars in the demand zone.

A new descent is coming up in the short-term trend with 4.60 dollars in the demand area as the bears’ aim.

This was also established by the indications of the stochastic oscillator in the oversold region directing downwards.