The native cryptocurrency of one of the popular Ethereum competitors, Avalanche (AVAX) has gained its first official listing on Binance, the largest digital currency exchange. The Avalanche Foundation Limited also disclosed today that it raised over $40 million from Avalanche token sale.

Per the announcement, users can begin depositing the Avalanche token from their wallets to Binance ahead of trading which is expected to begin later today. For a start, the exchange will allow the following trading pairs: AVAX/BTC, AVAX/BNB, AVAX/BUSD and AVAX/USDT. The support of AVAX makes Binance the first official exchange to list the cryptocurrency.

Avalanche is a new blockchain network posing as a faster and biggest competitor of Ethereum. While commenting on Avalanche’s objectives, the CEO of Ava Labs, Emin Gün Sirer, said.

Avalanche aims to enable new systems defined by velocity, efficient use of capital, and innovation in new products and services that aren’t possible with the current wait times to finalize transactions. DeFi is certainly part of our motivation in the short term, with our long-term sights set on traditional finance.

follows the launching of the mainnet on Monday, according to reports. AVAX also represents governance right on the platform, meaning that the holders can be able to vote on Avalanche’s future decisions. Additionally, the Avalanche token will help secure the network via staking.

Among other things, the AVAX token will be used by the network users to pay for operational fees, create new networks on the blockchain, and to transfer value in a peer-to-peer manner, according to the announcement.

At the time of writing, AVAX is trading at $6.78 on CoinGecko, a cryptocurrency price analysis platform. 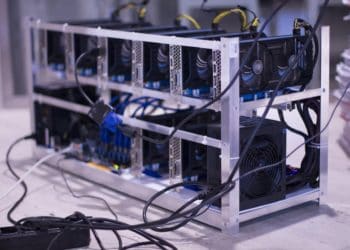 ETH/USDT trend analysis: back below the $600 mark

Bitcoin Cash price prediction: Price to cross over $400 before retracing