Alex Mashinsky on cryptocurrency condition and all things crypto 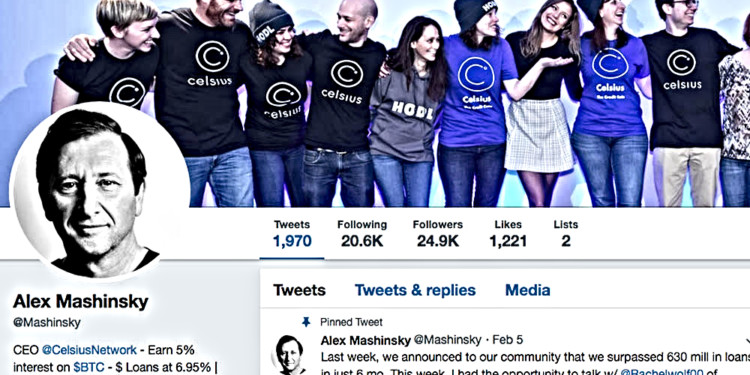 Alex Mashinsky is an entrepreneur as well as the CEO and founder of the celsius Network. Aside from the Celsius Network, he is also the founder of many other successful technology businesses in the USA. Arbinet is one of his most widely acclaimed creations.

Right now Alex Mashinsky is aiming to accelerate the adoption of crypto and blockchain technology. He plans on doing this by making cryptocurrency accounts having high-interest rates as well as using crypto as a deposit for issuing US dollar loans but with low-interest rates. He also claimes that by redeeming our bad habits in the financial sector we can be more successful than ever.

Mashinsky says that this venture by the celsius network is especially targetting those cryptocurrency users that are choosing not to sell the asset and are rather saving it later for the time when the market momentum increases.

Alex Mashinsky is very experienced in the field of doing financial business. He is one of a kind as not only is he a serial entrepreneur but also the creator of Voice over Internet Protocol.

However, Alex’s life wasn’t very easy, and he wasn’t as successful when he started out. He was very poor and had just migrated to the USA almost thirty years ago. In thirty years time, he built himself from the ground up and is now one of the most influential and successful figures in the market.

Alex’s claim to sell the saved up asset may sound like a bad idea to some investors, but he wants people to realize that this saved up money is not giving them any sort of positive return. This is where Celsius comes in. Celsius will help you earn a profit by using your saved up assets.

Mashinsky is not fond of the conventional banking system. He is very vocal about his disapproval of banks. Despite his disapproval, he also thinks that banks are needed for the proper functioning of society.

Mashinsky says that people should invest their assets for the widespread crypto technology and increase market momentum. For this purpose, he is inviting people to join his revolution.

Even though boycotting the banking system will be hard and will take time Celcius’s venture is very interesting.