Just like fiat money, Bitcoin is a digital currency that can be used to facilitate payments and hold value. Bitcoin is a type of cryptocurrency that is decentralized and encourages peer-to-peer systems of transactions. Bitcoin is more simply referred to as BTC. Bitcoin is the leading cryptocurrency and is hosted on the blockchain network and operated through a collection of wide computer programs referred to as nodes and miners. Bitcoin was created in 2009 and the identity of the person(s) that created it still remains unknown except that the Bitcoin idea followed the whitepaper done by Satoshi Nakamoto.

The process of adding more blocks to the Bitcoin blockchain is called Bitcoin mining. Through this process, Bitcoins are released into circulation as mining requires the computation of blockchain puzzles in order to discover and add fresh blocks to the blockchain. In a simple summary, Bitcoin mining is done through the solving of complex mathematical processes in the bitcoin algorithm.

When these problems are solved by a network of persons called miners, the Bitcoin blockchain ledger becomes more secure and the miner who has succeeded in solving the problem is rewarded with some amount of Bitcoin. This also implies that a miner is a contributor to the blockchain record-keeping system and they operate through a decentralized peer-to-peer network.

How does Bitcoin mining work?

Bitcoin is the most popular cryptocurrency, even though it isn’t yet regarded so much as a legal tender and not controlled by any government or any centralized entity. The high rate of Bitcoins growth continuously attracts more investors to get some into their crypto wallet address.

Currently, there are 18,674,481.25 Bitcoins in circulation out of the 21 million Bitcoins that will ever be mined. The current Bitcoin supply changes every 10 minutes as Bitcoin miners keep working to add more blocks to the “chain”, this is why it is referred to as “blockchain”.

All crypto mining begins with the blockchain while a group of the approved transactions is called blocks. The ultimate goal of a miner is to solve sophisticated mathematical problems and add an individual block to the blockchain. As of November 2020, a miner that actually adds a block to the Bitcoin blockchain is rewarded with 6.25 Bitcoins.

However, after four years the reward for each block that has successfully been mined is reduced by 50%, this process is termed as “Halving” which is enforced by the algorithm after 210,000 blocks of Bitcoins are mined.

The process of mining Bitcoins isn’t so easy, to be exact, it is regarded as a competition, and miners that perceive that they don’t have the mining hardware or the electrical capacity to mine Bitcoins come together to form mining pools where the resources and rewards are shared amongst the mining contributors.

Regardless of the number of miners, it still takes 10 minutes to mine one Bitcoin. At 600 seconds (10 minutes), all else being equal it will take 72,000 GW (or 72 Terawatts) of power to mine a Bitcoin using the average power usage provided by ASIC miners.

The process for Bitcoin consumes lots of resources and power. A miner most times solves problems faster and earns in the company of other miners in a mining rig as their hash rates are combined. Though it is a combined effort but a miner that contributes a certain percentage of the hash also gains an equal percentage in incentives after a block is completed.

As more people join the race to mine Bitcoins, the mathematical problems become harder. However, irrespective of the number of active bitcoin miners, it takes approximately 10 minutes to mine one bitcoin calculating through the average power usage by ASIC miners.

Can You Mine Bitcoin For Free?

There is some great mining software that can be used to mine free bitcoin through the process of mining pools on apps on your device. Bitcoin mining software can run on almost any operating system Desktop, Windows, iOS, or Linux.

To mine free Bitcoin, you have to follow the below procedure step by step

How Can I Get 1 Bitcoin For Free?

It is no longer news that one bitcoin is well over $50,000 today and getting something worth that value wouldn’t happen by magic. There are a couple of tasks that you can do to earn free Bitcoin aside ASIC miners or ASIC mining.

Some of the most popular ways are;

There is a lot of free mining software on the internet and they have amazing advantages and disadvantages as well. We have compiled 10 mining software with their native pros and cons and we hope that you make certain of your pick before venturing into anyone.

This is also a GUI-based Bitcoin miner that can be assessed on Windows, Linux or Android. EasyMiner is actually built to be a free and open-source option. Although, low on CPU and GUI properties.

This is a desktop software that is designed to run Windows, Linux and Mac OS.

The MultiMiner software also makes it easier to switch individual devices (GPU, ASIC, FPGA) between Bitcoin and other cryptocurrencies.

This is a modular ASIC mining software that displays dynamic clocking. The software runs on macOS, Windows, and Linux. If you use BFGMiner, you’ll be harsh on popular mining platforms like Scrypt.

The BTCMiner software is a cloud-based open-source Bitcoin miner containing a USB support interface for communicating. Once you’ve begun mining, you can withdraw your bitcoin from 0.005 BTC.

This is a Bitcoin mining software that runs on Windows and Linux operating systems. It is regarded as a complete solution to managing mining operations, the GPU miners are either managed on Windows or Linux.

This mining software is a GPU fronted miner that runs on Windows. Bitcoin mining on this software makes it easier for users to automatically process optimal hardware settings. One only needs a username and a password to begin mining. It does support inputs in English, German and Russian languages.

Minergate is a bitcoin mining software that allows automatic mining with CPU or GPU. The software is accessible on Linux and Windows and enables users to trade various cryptocurrencies.

BeMine is a Bitcoin mining software that was built in 2018 and runs on most Linux and Windows devices.

It mostly provides services in Russia and CIS countries. BeMine was the pioneer of ASIC cloud sharing.

Cudo Miner is also a bitcoin mining software that runs on Windows, macOS, and Linux operating networks. It has a friendly software outlook and is secure to use and install.

What is the best Bitcoin mining software

CGminer is considered the overall best cryptocurrency mining software. It is also one of the oldest Bitcoin mining software. The CGminer machine was created in 2011 by an Australian programmer Con Kolivas. The CGMiner software makes it simple for a miner to mine their rigs remotely and control the fan speed as well. The software also helps the miner detect new blocks and scale-up hashing power without much delay.Mining Bitcoin can feel better than just receiving a Bitcoin reward considering the mining app.

A bitcoin faucet and cloud mining are other ways of earning free Bitcoin. Even free cloud mining is an option and you can also choose to invest in cryptocurrencies and start trading instantly by choosing reliable cryptocurrency exchanges, such as Coinbase, Binance, and Coinmama.

Cloud mining is usually defined simply as a remote service. The free bitcoin service is provided by hosts (people who own and sell the cloud mining service) who have farms (huge collections of mining rigs, usually held in big, designated facilities). Earning Bitcoin has its attraction as much as Bitcoin transactions. But in the current run of things, having a Bitcoin generator or a Bitcoin app does not really get you anywhere alone.

Mining cryptocurrency is a huge undertaking and the idea of mining unlimited Bitcoin. GPU mining is not even feasible and a mining plan could go awry. So, if you wish for a free BTC seek to join the leading bitcoin mining pool. Consider a mining operation that’s truly feasible before you dive in. A Bitcoin address and a Bitcoin mining rig could just be the start of a foolhardy operation.

The real Bitcoin comes from mining difficulty and yet there are those who will go for free Bitcoin faucet which could be of the same Bitcoin value. What you should know, though, is that paid Bitcoin cloud mining options tend to be better than free ones. 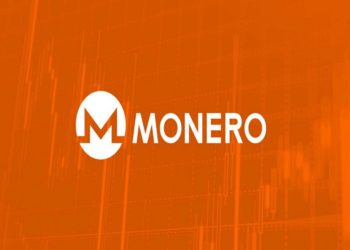 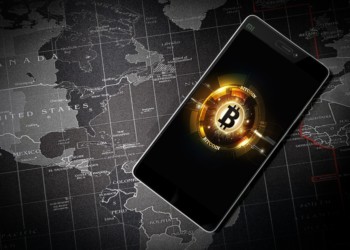 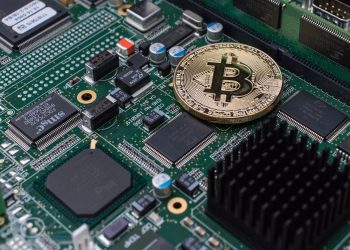 How to use Bitcoin