1xBit Welcomes COSMOS to the Family 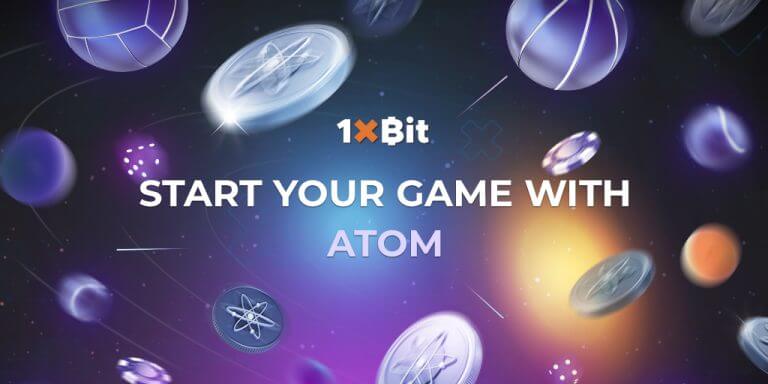 Touted as one of the fastest growing crypto betting platforms in this era, 1xBit stays consistent in its resolve to diversify payment options and make gambling operations easier for bettors.

With Cosmos getting added to the over 40 payment methods already available on the platform, existing and new users are regaled with one extra crypto-payment method to explore.

COSMOS (ATOM), popularly called the “Internet of blockchains” is a cryptocurrency whose major aim is to bridge the gap between an ecosystem of blockchains.

The cryptocurrency network is a brainchild of Jae Kwon and Ethan Bochman which was founded in 2014. However, software for Cosmos would end up getting released in 2019.

One tool provided by the Cosmos network that has proven effective in smooth communication of one blockchain with another in the event of transfer of assets is the Inter-Blockchain Communication (IBC).

The forward-thinking solutions this cryptocurrency provides coupled with its other applications have made it a catch in the crypto space.

It came as no surprise that the site was able to gain 370% in the last quarter of 2021. Cosmos’ progressiveness is said to be responsible for how widely it has gotten accepted in such a short time and is said to be a cryptocurrency that could stand the test of time.

Given 1xBit’s interest in ensuring that it doesn’t just provide numerous crypto-payment options, but the best of the lot, it is not out of the ordinary that the site will move to list COSMOS on its platform.

So far, we have peeked through what you stand to gain using Cosmos on 1xBit, now let’s take it a notch higher by looking at some of the perks of betting at 1xBit.

1xBit’s resolve of ensuring that there are diverse crypto payment options available is one of its selling points. Cosmos is a new addition that just made it to the list and 1xBit doesn’t seem like stopping any time soon as it aims to provide broader payment options. If you are a bettor who doesn’t like to be restricted by choices, this is one reason to come on board.

1xBit is one platform that understands the urgency of ensuring users’ withdrawals get processed as quickly as possible. Considering the betting platform capitalizes mainly on crypto as payment options, it explains how payouts get processed in just a few minutes.

Imagine a scenario where you can register with a betting platform without necessarily disclosing your personal information. When registering on 1xBit, only your Email is required of you, which is aimed at ensuring that your identity stays protected as much as you would like it.

1xBit understands the sense of urgency that is mostly reminiscent of new bettors and as such, makes the registration process as simple as possible. So much so that you can get it done in just a few seconds.

Welcome Bonus Up to 7 BTC

Away from the other juicy perks you stand to gain, this one has so far garnered traction for the betting platform. This platform gives you a soft landing as a new user by offering up to 7 BTC in bonuses across the first four deposits. With this mouthwatering offer, you are given enough leverage to make the most out of your bets even as a new user.

Take advantage of the new cryptocurrency, COSMOS, available on 1xBit today, and enjoy seamless transactions like never before!